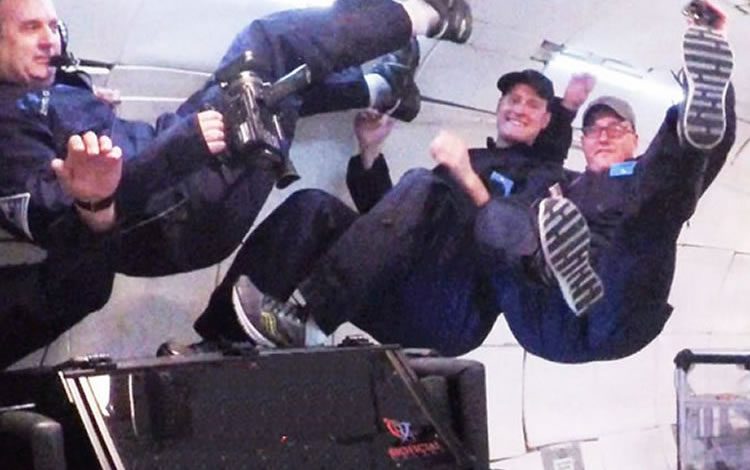 An audacious experiment has been carried out. NASA contractor TechShot along with 3D bioprinter developer nScrypt and bio-Ink specialists Bioficial Organs teamed up for 3D printing a heart structure in a zero gravity environment. This experiment opens a whole new set of possibilities for what can be done in outer space and eventual use for interplanetary missions.

They performed this experiment with the help of Zero Gravity Corporation, the world’s only company that provides weightless flights based in the US. While aboard the flight at 30,000 feet above the Gulf of Mexico, the aircraft produced microgravity environments at sustained repetitions, enabling the researchers to produce the heart structures on the 3D printer.

Experience and data gained from this experiment will be used to design and construct a smaller but more robust bioprinter which can one day be launched on the International Space Station (ISS) or aboard the commercial spacecraft of BlueOrigin’s suborbital space capsule.

3D bioprinting in weightless conditions is far easier than the way it is done on Earth. Bioficial Organs CEO Stuart Williams says, “On earth, 3D bioprinting requires the use of thick bio-inks that can contain chemicals and other materials necessary to provide structural support,” said Williams. “But printing tissues in space allows us to use finer print tips and lower viscosity bio-inks that contain only the biological materials needed to create a healthy organ. A space-based bio-printer has the potential to be a major game changer for human healthcare.”

This test has shown the potential of in-space organ 3D printing. In future, the researchers plan to 3D print an actual beating human heart when their technology reaches the ISS. In future, the TechShot-led team aim to manufacture organs in space so that no one should be on a waitlist for organ donations.